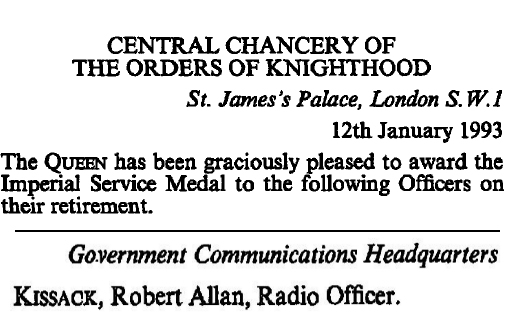 Allan Kissack was my uncle and younger brother to my dad. Born in the isle of man he became a '(Marine) Radio Operator' - a seemingly innocent label that belied the important work he went on to do. He worked for Her Majesty's Government in special intelligence duties, as a radio officer, and his employer was the Government Communications Headquarters (GCHQ) at Cheltenham and other locations. Perhaps the 'marine' element of the job, was related to the work he carried out at GCHQ outstation Scarborough, which began initially in support of the navy.

Allan was, therefore, in the same line of work as my dad but as a civilian. On two occasions they worked together. Once in 1960 (possibly at RAF Digby?) and again in 1963 (at 9 Signals Regt, Cyprus).

Although Allan worked for GCHQ I am not altogether sure of his exact employment locations. He certainly worked in London (presumably at MI6) for many years and for a time at GCHQ Scarborough. He would, by the nature of the job, have worked at other secret locations during his employment.

In 1993 he was awarded the Imperial Service Medal on his retirement and in recognition of his service to his country. (this being recorded in issue 53172 of The London Gazette 2nd supplement published on 11th Jan 1993):

There was some drama in Allan's life when he was only two years old when he had a lucky escape outside his home in 7 Hatfield Grove, Douglas. It seems from the local press reports (below) that he had been playing and may have crawled under a van that then began to move off. Luckily the driver heard a scream and immediately stopped. 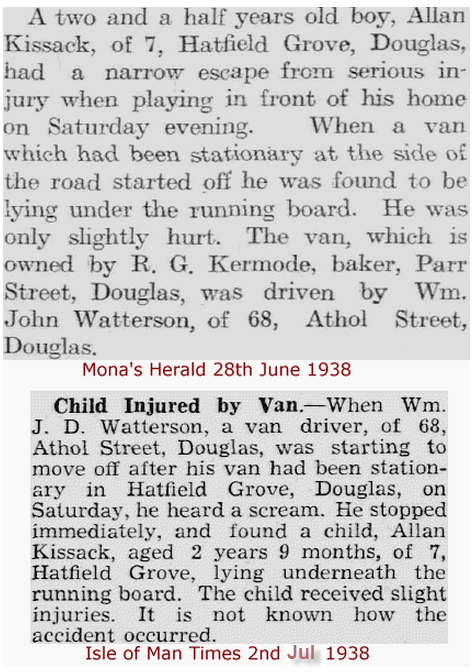 Non-managerial civil servants who complete 25 years service are eligible for the Imperial Service Medal (ISM) upon retirement. The medal is a silver circular medal bearing the effigy of the reigning monarch on the obverse, and the motif of a naked man resting after work with the legend 'For Faithful Service' on the reverse. The ribbon or bow pattern is the same as the Imperial Service Order. 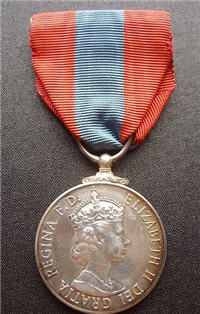 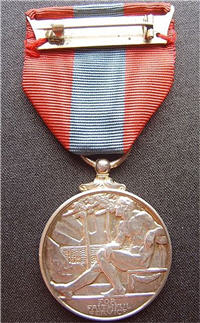