As published in the Winnipeg Free Press on September 05, 2012:
GERRY KISSACK 1933-2012 On Tuesday, April 10, 2012 Gerry passed away unexpectedly at the Health Science Centre with his wife of 27 years Helen (his bride as he loving called her) by his side, along with family friend Angie. Predeceased by his parents, brother and sister. Gerry is survived by his sons, David, Michael, Blair (Chris), Gary (Stephanie), stepson Greg (Beckie), grandchildren and great grandchild. Gerry leaves a huge hole in the hearts of those of us who were close to him and he will greatly missed by all his family and friends. A pioneer in office overload and Manpower Services, and was a force for starting the Daniel Mac Football Alumni. For this Gerry received the Daniel Mac Maroons Builder Hall of Fame 2008, DMCI Hall of Fame inductee 2011, Jameson Kissack Community Award, and The Ducks Unlimited recognition of support and commitment. A private celebration of Gerry's life for family, DMCI Football Alumni and close friends will be held on Friday, September 7, 2012, at Oscars, 175 Hargrave from 4:00-6:00 p.m. NEIL BARDAL FUNERAL CENTRE 204-949-2200 nbardal.mb.ca

I met Gerry in 2002 when he travelled to the UK and the Isle of Man in particular. I had made contact with Gerry sometime before that when it became apparent that we shared the same ancestors and where distant cousins. We corresponded and talked regularly and I thank Gerry for the articles and research he carried out, some of which are on this site. 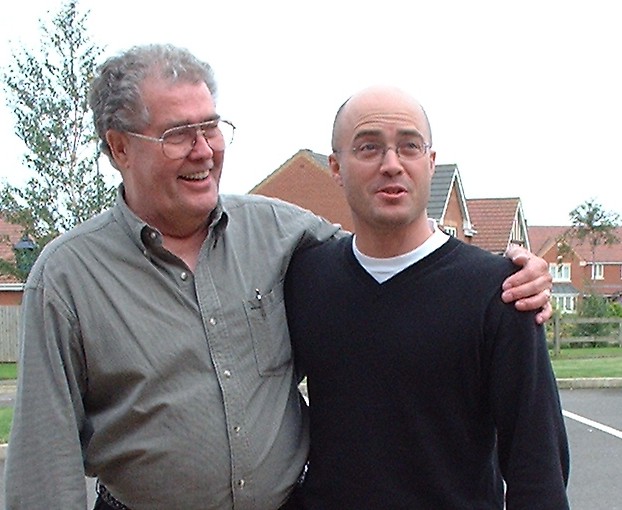