Some additional information relating to William Frederick Kissack was discovered on ebay when the Kissack name poped up in a search and the items record Williams installation at the St Trinians Freemason's lodge (No 2050) at Freemason's Hall in Woodbourne Road, Douglas. I am not sure whether this is an installation as Worshipful Master or something else - can you help? 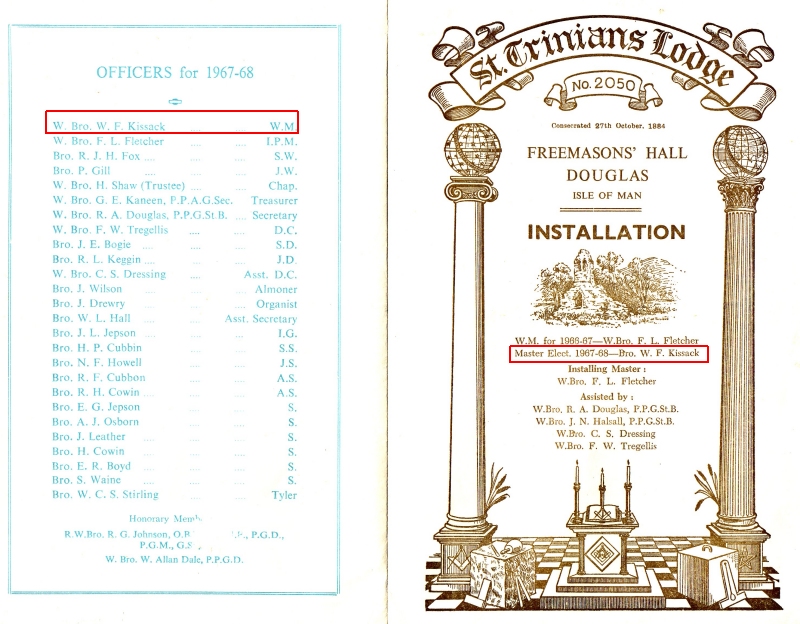 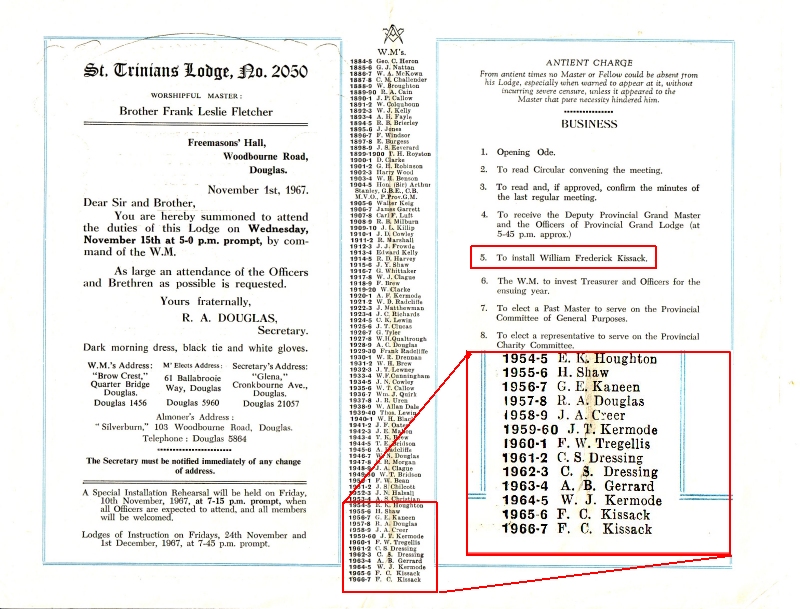 A later document records, on 15th Nov 1967, his installation as 'Worshipful Master' and subject to a toast by the outgoing F.C. Kissack 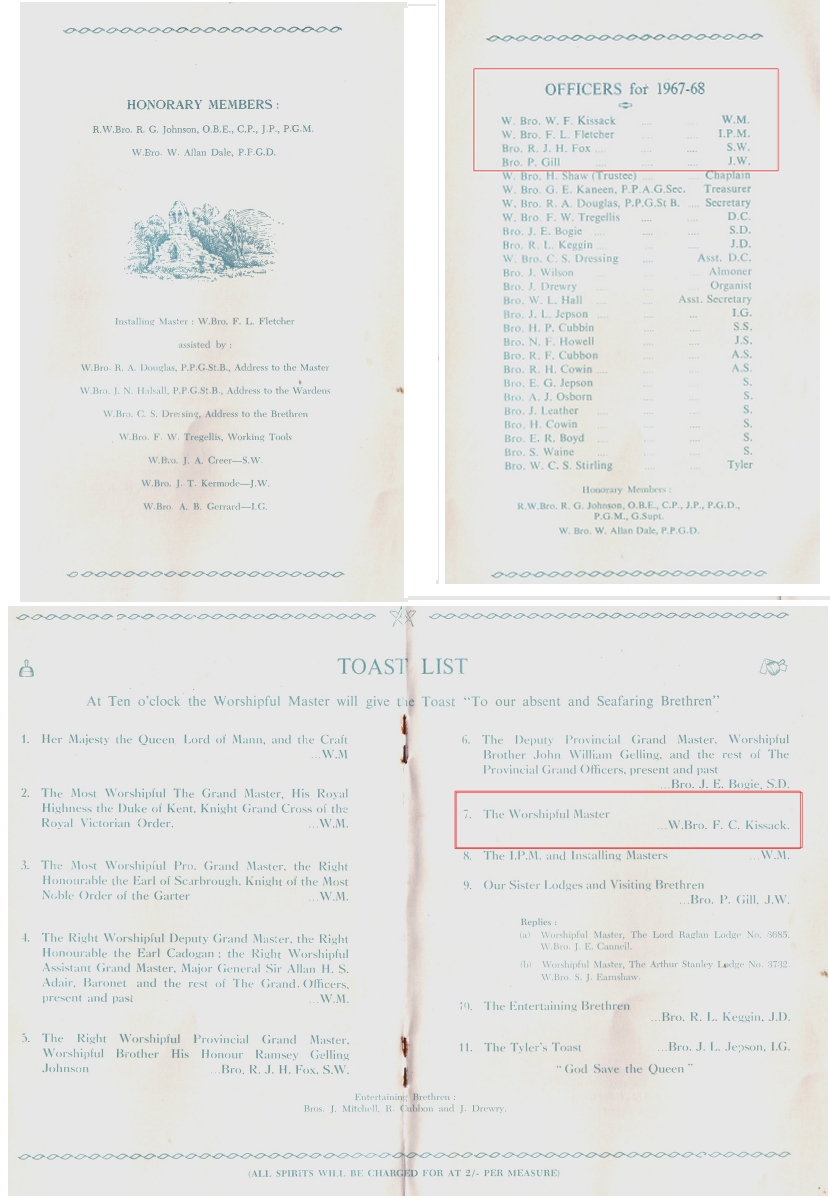