I was contacted by Michael Tomkinson of Bradford who has a photo of Gunner Charles Kissack (TF902057) Royal Field Artillery. The photo was reportedly taken in Canterbury (although the text below suggests it was taken in Douglas) in 1917 and Charles served with Mike's grandfather Alfred Cookson.

The photo is captioned with Charles' name and 'Isle of Man' Below is a copy of the photo (the orginal held by Michael Tomkinson, Bradford) 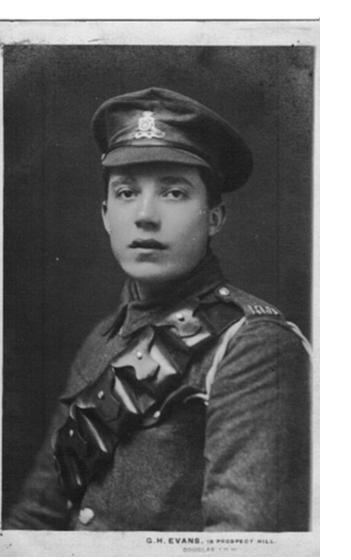