I attended The King's School Grantham for my secondary education from 1969. It was a boarding and day school with the boarders forming 'school house' and living on-site at the school. I was a boarder. Later the boarders were to move elsewhere in the town, and later still the school ceased to be a boarding school at all. Here are some of the things I've remembered about the school (hopefully 30 years have not distorted them):

There were various dormitories (dorms) and study areas in the boarding school, and we shared our dining hall with the rest of the school for lunch. There were a couple of 'masters' who lived in with the boarders and looked after our welfare, and ensured 'lights out'. Also during the day/evening there was a Matron or two to look after us as well. As first year boarders the matron would often assist with us in washing our hair (over a sink) and if we were unwell, would assume the role of nurse to us. In a broad sense, the matron was our mother substitute and the master our father!.

Here is the main entrance to the boarding house. It led into a staircase that ascended up and a corridor to the right. Here are specific details as remembered for the numbers on the photo:

To the right of the above photo, at right angles (forming a second side to the quad) are some more boarding buildings:

Continuing right, around the quad we come to the 'new' block:

This was pure school, and nothing to do with the boarding house.

Coming round the quad to the fourth side, we come across more classrooms: 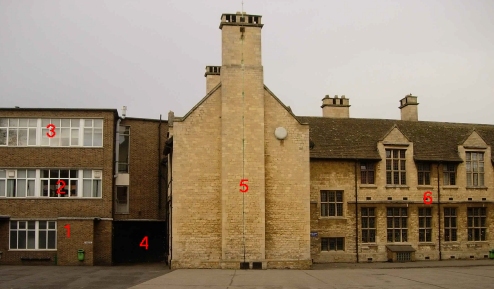 That's a tour around the quad, but there are more buildings, so here is an aerial tour of the school: 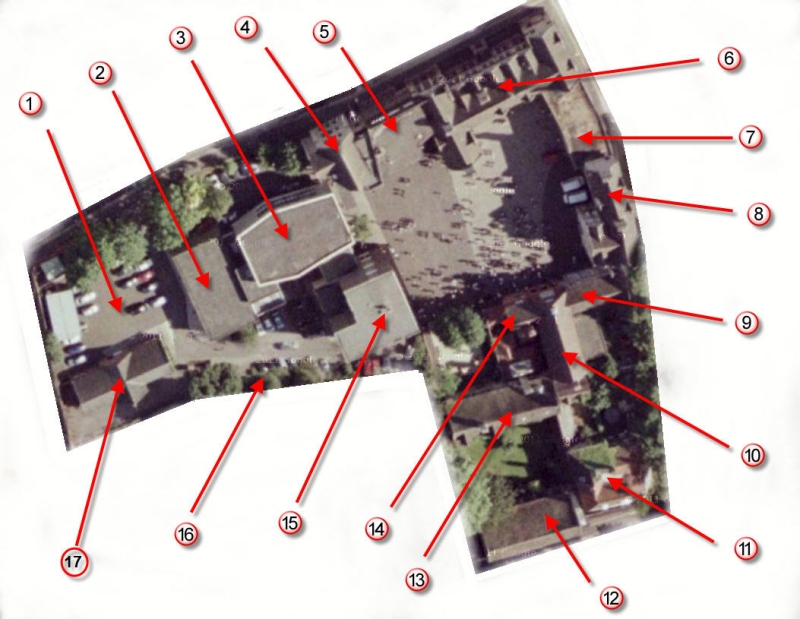