Whilst still at school, my father was serving in Berlin. This meant that my end of term holidays were spent in that city. 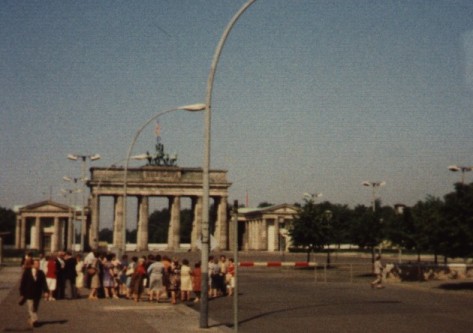 Brandenburg Gate with wall on west side (taken from east Berlin).

I would fly out from Heathrow and land at Templehof in Berlin. The approach and landing there was quite exciting because it looked as if you where going to land on houses as you continued down the approach. Then all of sudden the houses stopped and the runway began and you were down. The airport buildings were built by the third Reich and are an impressive curved set of buildings. I would then travel to RAF Gatow where we lived. The main route out of town had numerous traffic lights, but if you kept at the speed limit you could run greens all the way out, try and speed and it was a waste of time as each and every set would be at red. Berlin had an underground and if you used this, you had to be aware that it traversed into East Berlin and you had to be careful not to exit at one of those stops - especially without a passport.

Gatow was a large and well-kept camp. We initially lived in an old 3rd Reich barrack block. Very large and spacious, with cellars that still had German inscriptions from the war. Large parts of the camp were wooded, but we were cautioned against going in/through them as there was always the possibility of old WWII munitions being found. It was rumoured that weapons had been hidden in the woods in the closing days of WWII, although despite looking, we never found any! 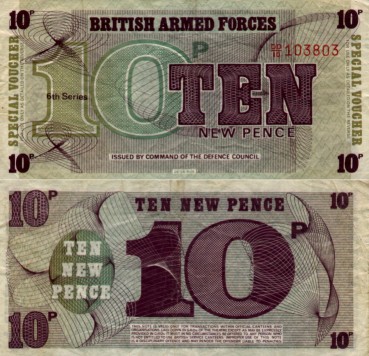 'Just in case' seemed to be a big thing in Berlin. The authorities were obviously conscious of its isolated position and the Berlin Airlift of previous years. There were only 3 air routes into the city from the west, one road route and one rail route. If travelling by road, you were expected to make the journey within a certain time span otherwise you would find the military police would be looking for you in case you had deviated off the autobahn, which was strictly not allowed. The train, The British Military Train, had a carriage full of dry rations just in case the East Germans and Russians prevented it's journey to completion. Cameras and binoculars were not allowed on the train, but a guide to the route taken would indicate places of interest (often military). Passports were subject to scrutiny by the Russians at Marienborn and they could be seen checking the outside of the train to ensure no East German civilians where hitching a ride - the engine was also replaced. It was interesting to visit Gatow Air Traffic Control on one occasion and see that they daily military flight from the UK, would fly at the extreme edge of the air corridor, no doubt keeping the East Germans and Russians on there toes, or perhaps gathering intelligence on the way?

This Berlin Wall split the city in such a way that I was convinced it would be forever. So it was with great surprise the day it came down and I would like to visit the city again and see how things have changed. 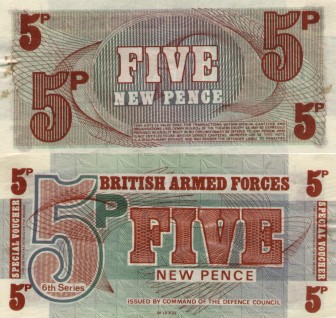 An interesting link relating to the late 70's