I joined the RAF in 1977 and left in 1996 as my trade was declared redundant, the job to be taken over by civilians to save money.

My job was to fix flight simulators (official title Eng Tech ST - Engineering Technician Synthetic Trainers), a very satisfying job with the great comaradery of forces life. The only downsides being called out regularly at 3am in the morning to go to war (practice exercises) and the increasingly frequent stints of guard duty and later guard commander.

AC (Aircraftsman) Kissack began square bashing with 6 weeks at RAF Swinderby (see here). Trade training was 14 months at RAF Locking (see here) leaving as a JT (Junior Technician). I must have done alright there as I was awarded a certificate of merit and the Davidson Award (eventually presented at RAF Wittering, once the certificates caught me up) 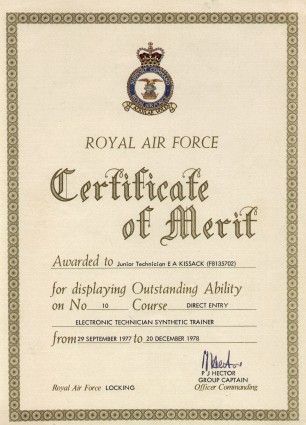 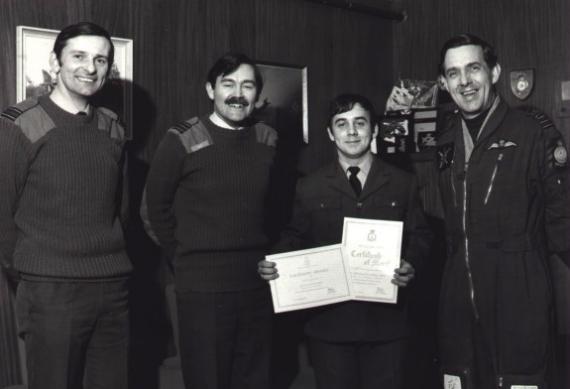 It was then off to RAF Wittering to work on the GR3 simulator. The theory was put into practice, I began to specialise in computer maintance and the job was really enjoyable. Promotion to Corporal followed some years later.

A posting to Wildenrath in West Germany brought with it the oppurtunity to visit Europe. A tent was purchased and Switzerland, Austria, Netherlands, Belgium etc were visited. I was also working on the GR3 simulator here, which was odd as the aircraft were at RAF Gutersloh! I guess there was a change of plan in the early Harrier deployment planning days. Still it had advantages in that aircrew would travel down to the sim' for a week at a time meaning that we were exempt exercises so as not to disrupt aircrew training.

Returning to the UK it was a change to the Nimrod flight and crew trainers at RAF St Mawgan. 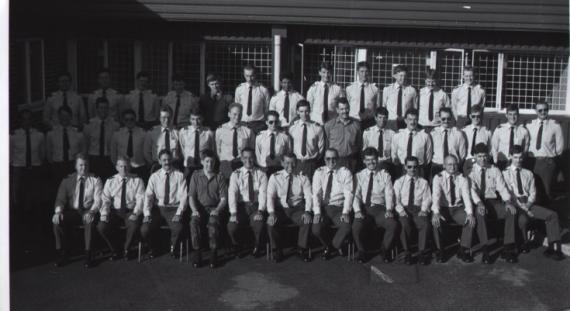 A great venue near to Newquay in Cornwall and offering great beaches for the family to visit.

A training course at the other Nimrod base in Kinloss (near Inverness, Scotland) entailed a 13 hour drive to and fro (each way) to visit Karen and the boys back in Cornwall on alternate weekends. Thankfully the powers that be appreciated our need to get home and allowed us to work late Monday to Thursday and leave early on alternate Fridays so that the journey home was viable - just! Alternate weekends allowed essential car maintenance to be carried out - that journey was a trial for man and machine!. Also I took the opportunity to visit Aberdeen (not very memorable) and Loch Ness with it's stunning scenery.

St Mawgan saw my promotion to Senior Non Commisioned Officer (SNCO) rank - Sergeant. This involved a rather testing course known as GST 2 (General Service Training) at RAF Hereford. Hereford was home to the Secret Air Service (SAS) and it was strange sharing the camp with them. A bit away from the camp was Sterling Lines and it was here that was their playground, ours was on Hereford itself - rather less glamourous, but I am sure appreciated in a similar vein by us, as the SAS guys appreciated Stirling Lines. Although having now heard that the SAS have moved to Credenhill (RAF Hereford), perhaps we had the best ground all along!. Military training, whatever branch, has much in common. 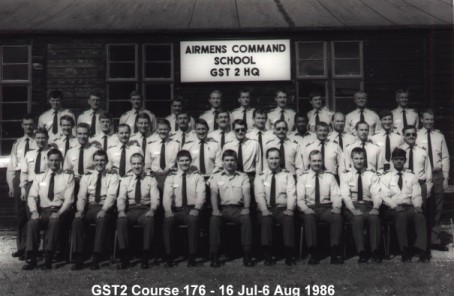 RAF Conningsby was next, working on the Tornado F3 simulator and it's associated trainers, including the air combat simulator. As well as running a shift, I formed part of a training team delivering training courses to technicians posted onto the Tornado simulator. The Instructors 'Training and Instructional Techniques' course at RAF Newton was probably the most stressfull course I have ever attended. Lots of pressure and scrutiny - not one to volunteer for. At Coningsby I received my long service and good conduct medal (for clocking up 18 years) just in time, as round the corner was a descision to disband the trade to save money. 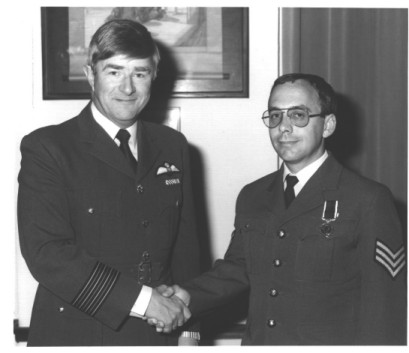 So in April 1996 it was back to civillian life, but still with good memories of the time I 'got some in'.