Whilst in the RAF and serving in West Germany, I had an opportunity to join the West German Border Patrol (British Civilians who daily patrolled the East German border). We travelled and stayed at Helmstedt where I was to be the driver of a long wheel base land rover for the period. It was my first experience of 'serious' off road driving and I can see why it is a popular pastime. Our brief was to patrol the border and the use of binoculars and cameras was actively encouraged. Presumably this was to make the East German Border guards feel uneasy as if they were being continually observed (as they were!). 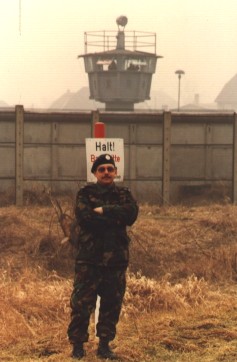 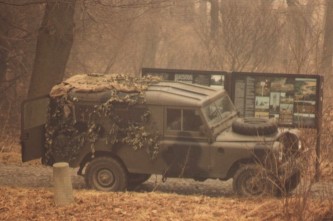 The fence, as it is not a wall here, stretched for hundreds of miles. The border was marked with border posts (literally post driven into the ground at regular intervals), beyond that was a series of fences, dog runs, mines in places, watch towers and armed east Germans. 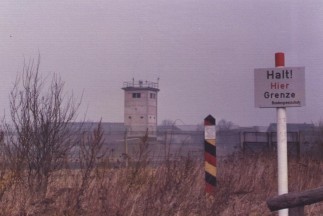 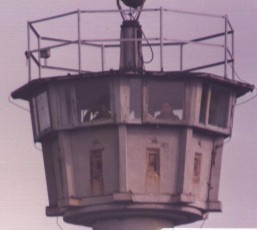 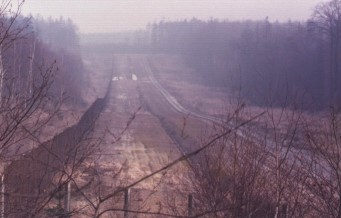 It was strange seeing a road bridge just ending in mid air and beyond it fences and dogs. It must have been difficult for families of towns and villages separated when it 'went up' and you can understand why many risked crossing the border before it was too late. 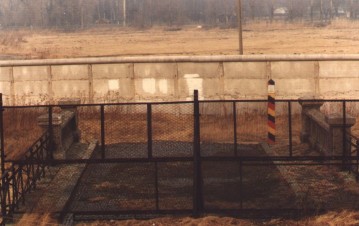 We'd often be met, a few yards across the border, by East German Guards. Presumably doing the same as us, as they too would have cameras to hand and I often wonder were our photos ended up after we'd been snapped. In the suspicions of those days we naturally assumed they'd end up in a military file somewhere. The East Germans guards were not only on foot but in the towers and occasionally patrolling in their military vehicles. They would also all be sporting individual AK47-like rifles. 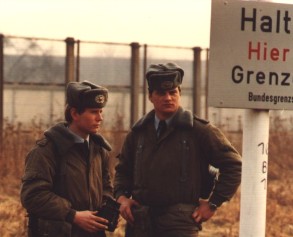 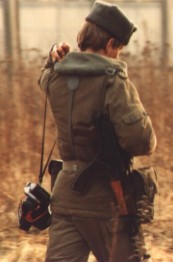