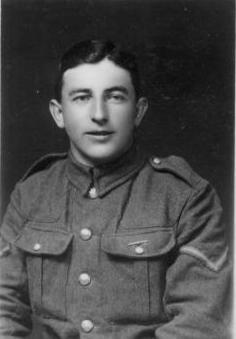 My grandfather Edward Kissack (1896-1972) served in the first world war. His service number was DM2-164637 and he achieved the rank of lance corporal although his medal card lists hm as a private. His eldest son Roy, my father, remembers him talking about his swagger stick:

"I remember him showing me his swagger stick presented to him as an NCO which he kept resting on wall fixed coat hangers in the hallway at Hatfield Grove. What I remember about it, was the head was made of smooth wood similar in shape as a elongated slim pear, tapering down to the stick itself which appeared to be made of inter twined bamboo, finished off with a metal tip. I recall him telling me it was issued to NCO's to tuck under their left arm, so keeping the hand out of the pocket, and freeing the right hand for saluting officers." 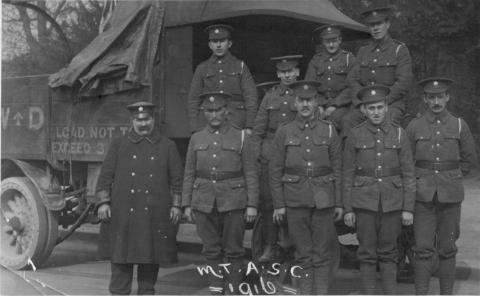 Eddie served in the Army Service Corps (A.S.C.), as a driver, transporting essential supplies to the troops fighting at in the front line (His elder brother George was in the trenches on the western front). A recent check at the Public Records Office has revealed that his records where some of the many destroyed by fire during the blitz in WWII.