I haven't got much information about Revd Edward Vigers Kissack but because of his family he is easy/easier to trace in the census records.

RHS of entry
In 1901 we find the family in 'The rectory' at All Saints parish, 'Chillenden' in Kent. Edward is listed as age 27 and a Church of England Clergyman. Where he was serving is not clear as he is living with his father Edward W Kissack (age 63) who is also a clergyman and I wonder if All Saints is the church he/they are in charge of. He is living with 6 other brothers and sisters (ages 17 - 29) and there is a sick nurse in the house that night.

Edward V is born in Rushen Vicarage in the Isle of Man and his younger siblings in Kirk Bride Rectory (Isle of Man). It looks safe to assume that up to this point he has lived in the vicarage of his father Edward W:

In 1873 Edward Vigers is born and living in Rushen Vicarage, Baptised on 29 Apr 1873 Baptised at Kirk Rushen (Father: Edward W, Mother Jane le Mare). By the early 1880's teh family had moved to Kirk Bride Rectory. In the 1901 census heis living at Chilleden Vicarage. His father's wife is Mary age 49 and I wonder whether Edward's mother Jane has passed away and his father has remarried - sorry but with the lack of hard evidence, I cannot be sure of the accuracy of the information). In 1918 Edward Vigers is living at Ballaugh Rectory (back in the Isle of Man - so what was that distant calling to Kent all about?). And then in 1929 he is in the Orkneys.

Sadly his brother Harold (b 1882), a bank clerk in 1901 was killed in 1918 in WWI serving with the Princess Patricia's Canadian Light Infantry (Canada). "Son of the late Very Rev. Canon and Mrs. Kissack, of Ballaugh Rectory, Isle of Man. A former member of the R.N.W.M.P. Sheriff at Pincher Creek, Alberta." -- He presumably emigrated to Canada and returned in those dreadful days and made the ultimate sacrifice (as also did my Great Uncle George) 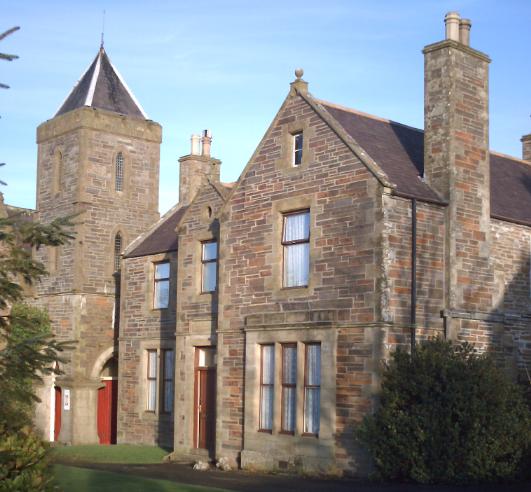 Whilst the priest in charge of St. Olaf's Church (Anglican), Kirkwall, Orkney Islands researched previous ministers, he found a Kissack, Edward Vigers! He wrote "The Revd. Edward V. Kissack was, until his retirement in 1945, for twenty-one years, Rector of this parish and Archdeacon of Orkney. In an unpublished history of the church, Archdeacon Kissack was described as, '..widely admired by all. He was a very active person who liked getting around, while his friendly manner was always a great advantage in his pastoral work. In 1929 he was appointed Archdeacon of Orkney and similarly was awarded the degree of Doctor of Divinity by Aberdeen University. On his resignation in 1945, all wished him a long and happy retirement, but unfortunately this was not to be, since he died in the following year.' There is a memorial plaque to Dr. Kissack in the church." 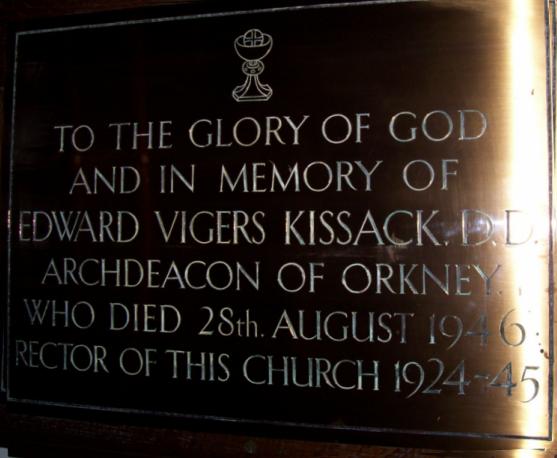