In June 2003 we visited France to see the resting place of my great uncle George. George served with the Canadians in WWI and died at Vimy, France. These page are a photographic record of our visit to Vimy. If you are in this area of France, I recommend that you visit it. 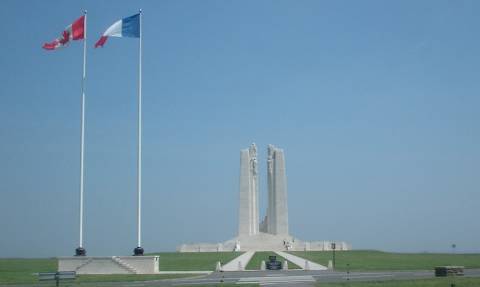 This is an impressive memorial on the ridge. On the bright cloudless day, the white stone (limestone brought to the site from Yugoslavia) stood out like nothing else. The land as well as the surrounding 100 hectares were given to Canada by France in 1922 in gratitude for sacrifices made by Canada in the First World War and for the victory achieved by Canadian troops in capturing Vimy Ridge in April 1917. Built by the people of Canada as a tribute to their countrymen who fought in the Great War and, particularly, to the more than 66,000 men who gave their lives. (more information) 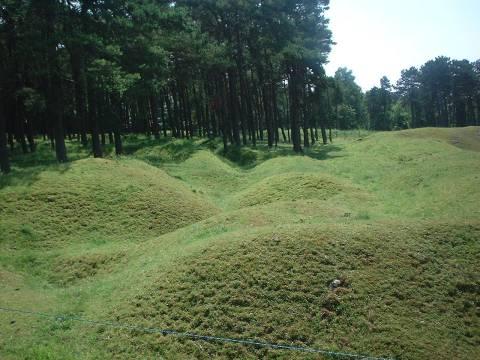 Below the summit of the ridge there are large areas of protected land, now mostly forested. In these areas you can clearly see the remains of the trenches that filled this area. Entry is not permitted, unexploded ordinance lies undisturbed not to mention the graves of many who where not offered a proper funeral. 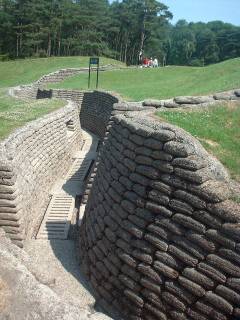 Reconstructed trenches (in concrete to allow for tourist access and wear and tear) at Vimy give added feel for what it may have been like - just take away the grass and concrete, add mud and the fear of attack and death! The forward trenches at this point were only 20 metres from the German's 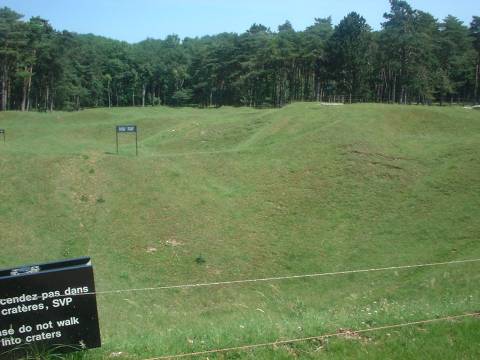 Craters (such as Duffield and Grange) from tunnelling under the enemy and blowing charges, still visible today! 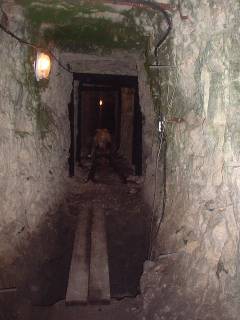 Access to trenches from the rear (and for mining under the enemy) was via tunnels (Grange Tunnel in this area, Goodman, further south) in the relatively easily mined rock. Dark and cool, but far safer than life above. (more information) 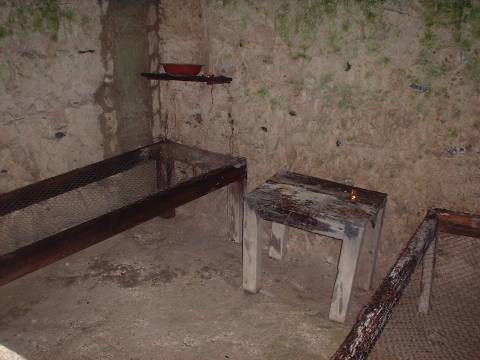 Officers underground billet - luxury when compared to life in the trenches 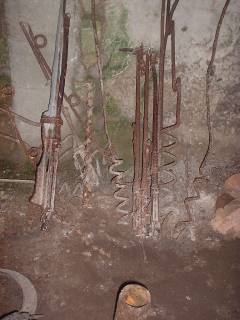 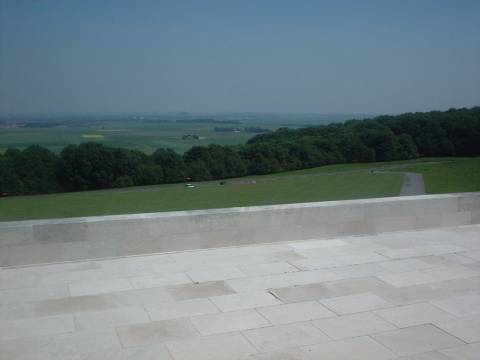 The goal - the flat plains beyond Vimy ridge (north east) and why it was so important strategically. 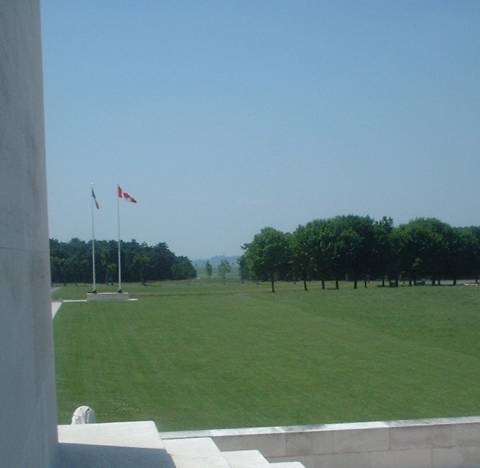 Looking the other way (south), Mont St Eloi can be seen through the gap in the trees. Mont St Eloi was the reserve area where troops where able to rest and wash before returning to the trenches.