Here are the maps I have collected together relating to George Kissack's service with the Royal Canadian Regiment. They may take a while to load, so please be patient. 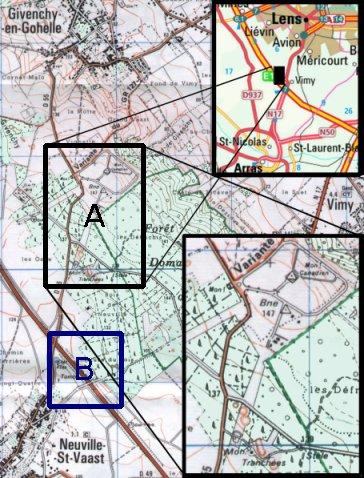 A is the Vimy memorial and south of it the preserved trenches, craters and tunnel.

The next map zooms in on area B, the area where George would have been fighting. 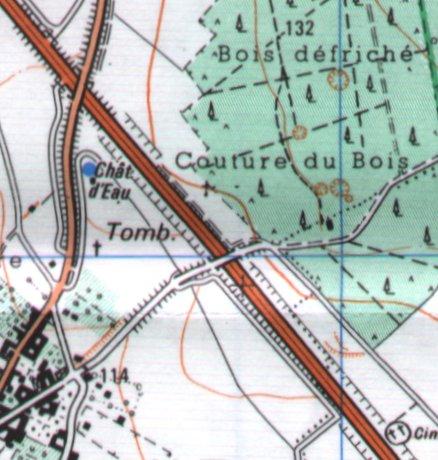 This area is just to the south of the visitors area at Vimy Trenches. The next map shows the same area from the trench maps of the time: 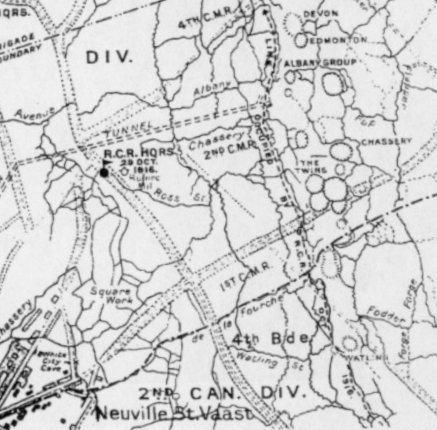 And the next, is the very same area from the barrage map used in the attack on Vimy ridge in April 1917. 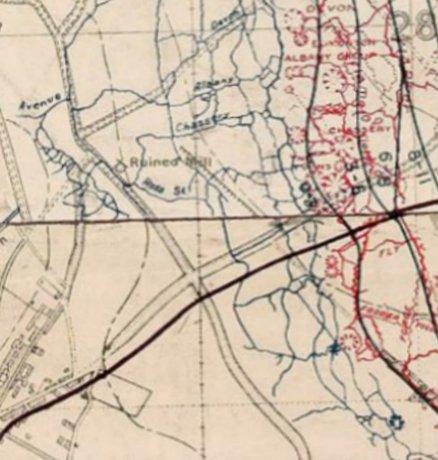 Finaly, a composite map showing the Canadian Trenches (blue lines) as occupied by the RCR and the German trenches (red lines), craters (green text) and the Goodman Tunnel (purple) that was used to move troops forward in relative safety. 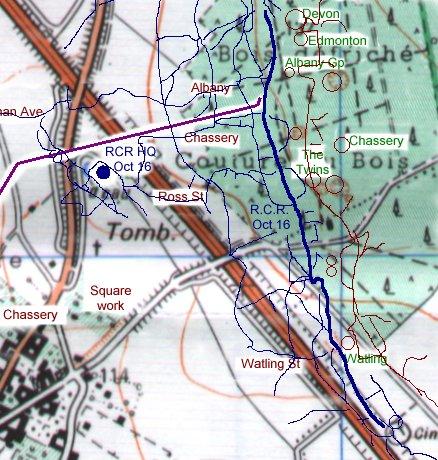