Card 1 - Detailing unit as RCR and France as destination. Service begins 6 June 1916. Next of kin is M (mother) Mrs T Kissack of Maughold 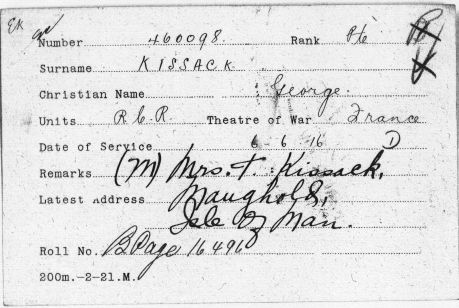 This card records his death and the casualty list it is recorded on (A.303) 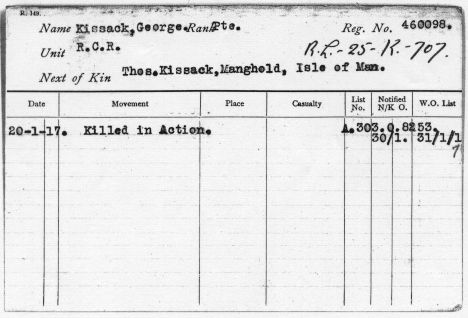 And some personal information 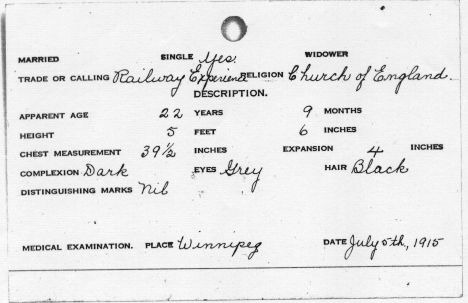 Casualty list a303 listed, as George is reported 'repatriated from base' 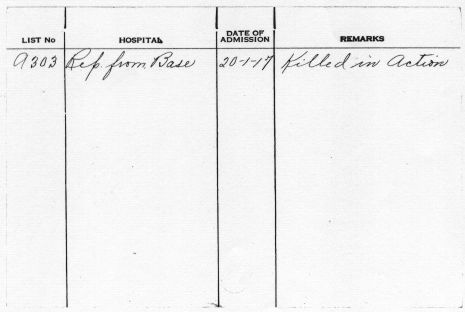 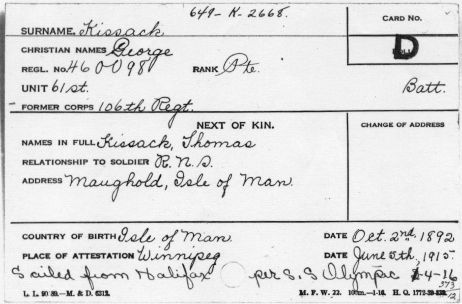 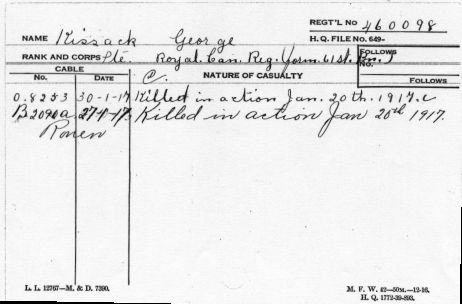