Lucy Meyer-Hubner wrote to me about Rex:

"I was recently looking through an old photo album that had belonged to my Great Aunt & came a cross some lovely photos of Rex Kissack from 1936 on the Island. He had been a friend of her & her husband."

"I've always thought they were very "jolly"! ... I beleive Rex must have been studying theology at Westminster with Thomas Gill (my Great Uncle) in the 1930's. Thomas's father was a Reverend but he never became one himself (Thomas sadly died in a plane crash in 1947)."

Lucy kindly sent me a copy of the photos and here they are: 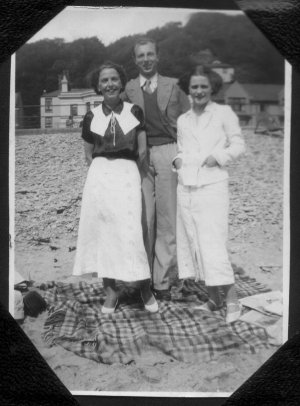 "A couple of shots of Rex on the beach." 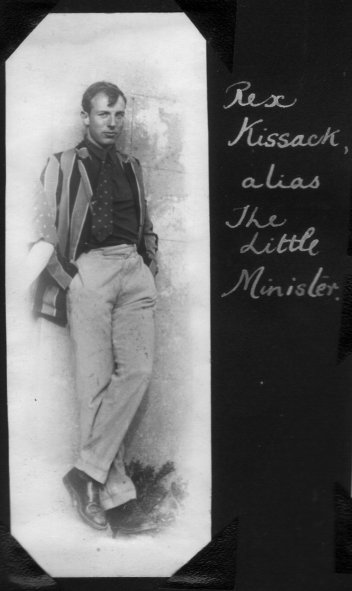 "Rex posing in a rather dapper jacket."