Roy served in Aden during the uprising there in 1967. He arrived in June, the month when a military convoy was ambushed in the Crater by British-trained Yemeni police. Eight soldiers were killed in the mutiny and the following days saw the Argyll and Sutherland Highlanders crush the revolt. This period untill the final exit in November 1967 was a particularly difficult time.

Roy was working at 123 Signals Unit on special intelligence duties. The unit was situated at RAF Steamer Point on Fort Hill, which was just behind the British Military Hospital. It was a tense time in a war situation 'The Aden Emergency'. Originally 264 Signals Unit (Detachment), the parent unit was 264 Signals Unit RAF based at Pergamos in Cyprus, later to become the RAF Element of 9 Royal Signals Regiment (Army).

History records The Aden emergency of 1963-67: British forces faced two rebel groups in Aden, the insurgency against British rule was mounted by two rival nationalists groups vying for control of the country following Britain's promised departure. British forces withdrew abruptly at the end of the conflict, paving the way for the creation of Southern Yemen, now merged with the north to form modern-day Yemen. There were 68 British Deaths.

As part of the British exit Roy and others moved sensitive signals equipment to Bahrain and destroyed secret documents before the move. I vaguely remember him telling me as story of transporting (what must have been fragile) signals equipment into Bahrain to have a crate fall of the back of a land rover wrecking it.

Here he is off duty: 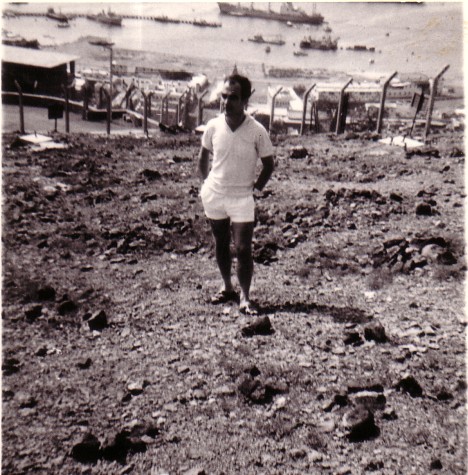 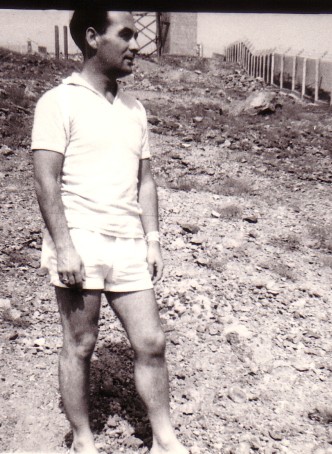 And off-duty, with the on-duty kit - landrover and sterling sub-machine gun!

It was for his service here, that he was awarded his General Service Medal (South Arabia) 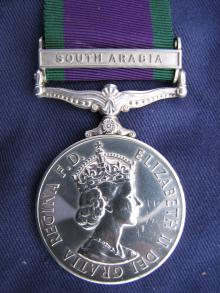 Here is a photo of an RPG he picked up whilst at Aden. It was not unusual to come under attack. Now lost, but I remember him showing me shrapnel that he had collected from his bunk after one such attack 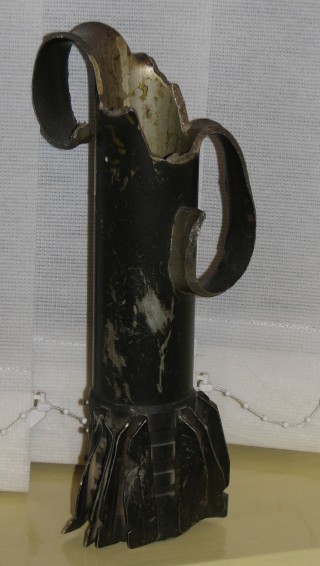 In April 1968 he was invited to celebrate the Queen's birthday as recorded in this unusual invite. Sir Robert Stewart Crawford was the 'Political Resident' of the Persian Gulf Residency (The Persian Gulf Residency was an official colonial subdivision (i.e., residency) of the British Empire from 1763 until 1971, whereby the United Kingdom maintained varying degrees of political and economic control over several states in the Persian Gulf, including: the United Arab Emirates (originally called the "Trucial Coast States") and at various times southern portions of Persia, Bahrain, Kuwait, Oman, a nd Qatar. Wikipedia) 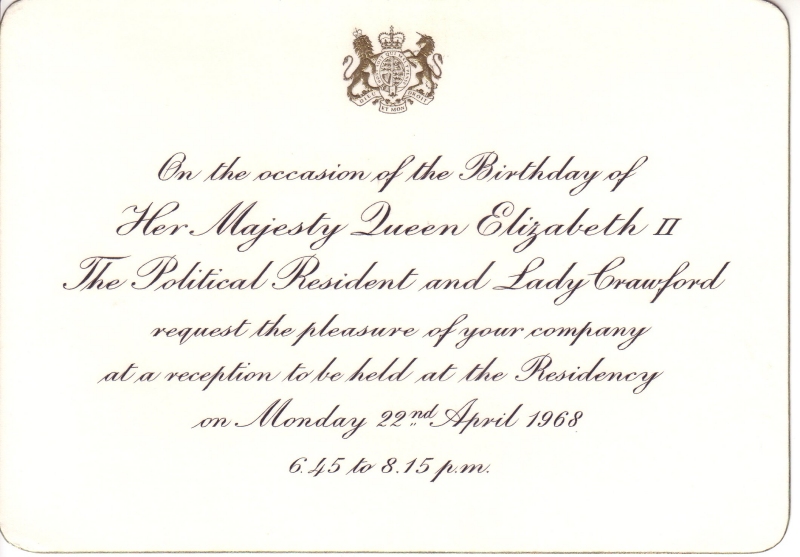