In addition to honours and awards the RAF recognises particular achievements with the award of a commendation. Typically these are made by the Air Officer in Command of the particular theatre.

Not long out of training, and posted to Hong Kong, Roy received the AOC-in-C Hong Kong's Commendation for meritorious service. I wonder what he had done there to achieve such recognition so early in his service. 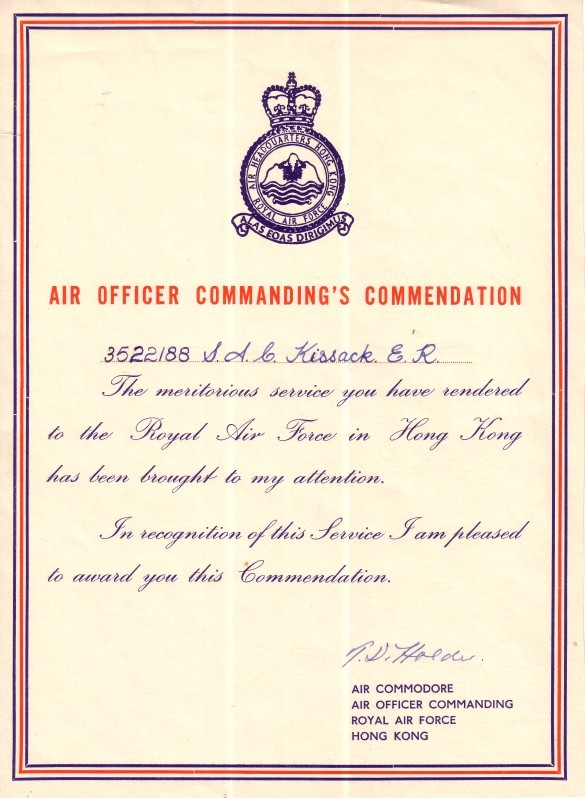 and in 1988 (Air Officer Commanding-in-Chief, RAF Support Command Commendation). Here is a letter from the Station Commander of RAF Digby informing him of the award (complete with incorrect initials!) 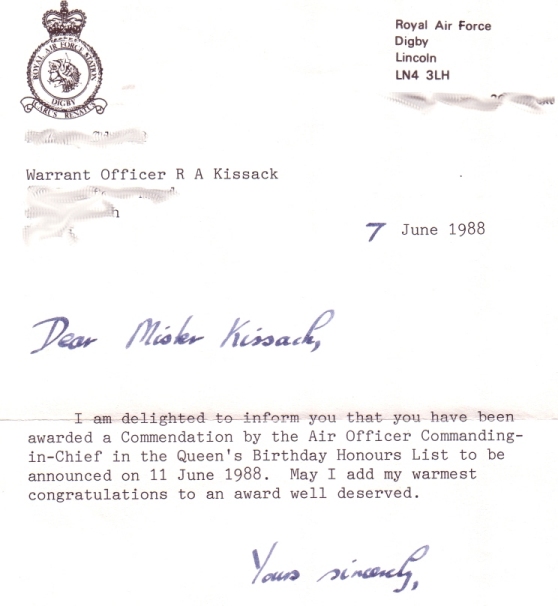