In 1983 Roy was posted, unaccompanied, to Cyprus. The parent unit was 9 Signals Regiment, in the Army. Now, those who have served in the forces know that there is a continual light hearted inter-forces rivalry accompanied by mocking of each other etc. that was a true with Roy as anyone else.

However actually living with the Army, and having to adopt their mess rules and other quirks did not really sit easy with Roy. As a Warrant Officer he not only took his job seriously but also the welfare of the airmen serving with him. One of his F6442's (annual appraisal form) recorded that he 'did not like the conditions of service of the RAF personnel posted to 9 Signal Regiment and did not hesitate to say so...''. As a consequence he did rub the Army up the wrong way, the Lieutenant Colonel wrote 'I would not want him to serve again in 9 Signal Regiment'. And I know that that feeling was absolutely mutually held. 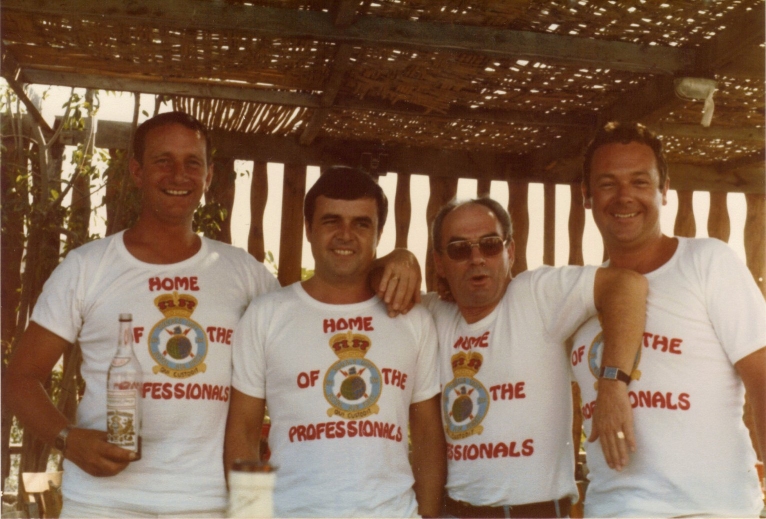 Roy and coleagues letting it be known that RAF Digby is the home of the professionals and not 9 sigs - Cyprus, 1980's