Here are some images of the medals of Edward Roy Kissack: 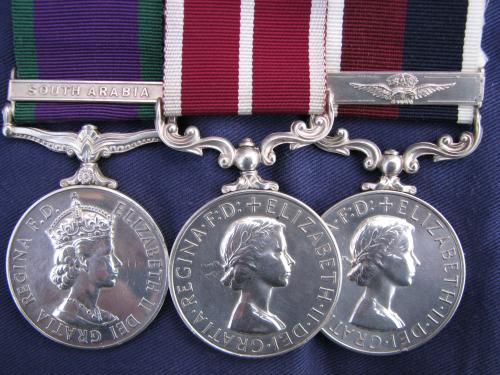 On the left, Campaign Service Medal for service in South Arabia, centre is the Meritorious Service Medal and the Long Service and Good Conduct medal (and clasp). 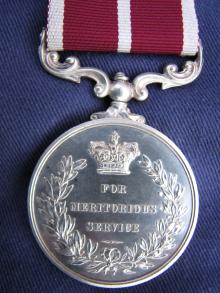 This same medal is issued to personnel in all the services, although the administration procedures differ between them. The eligibility criteria are the same for the Royal Navy, Royal Marines, Army and Royal Air Force. To become eligible for consideration, other ranks personnel must have 20 years reckonable service, attained the rank of substantive Sergeant (if in the Army or RAF) and be a holder of the Long Serrvice and Good Conduct Medal. Officers may be considered on one occasion only, immediately after commissioning, provided they meet the other criteria.

Award of the Medal requires good, faithful, valuable and meritorious service with conduct judged to be irreproachable throughout. The Service Boards look for evidence of particular achievements, whether in the course of military duty or in extra-mural involvement which benefits the service or the public in the field of sport or such things as charitable work. To reinforce the special character of the MSM, limits are placed on the number that may be awarded annually. No more than 49 may be awarded in the RN, 3 in the RM, 89 in the Army and 60 in the RAF, though historically many fewer than these numbers are actually awarded. 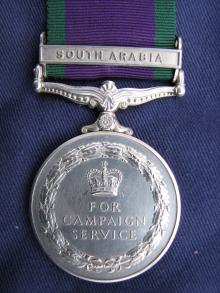 Until 1962, separate General Service Medals had been issued to Naval personnel (the Naval GSM 1915) and Army and RAF personnel (the GSM 1918). The GSM 1962 was instituted in 1962 to replace these medals and was awarded to personnel of all services for campaigns and operations that fell short of full-scale war.

Award of any new Clasps to the GSM was discontinued on 31 December 1999 on the introduction of the new Operational Service Medal (OSM) on 1 January 2000. 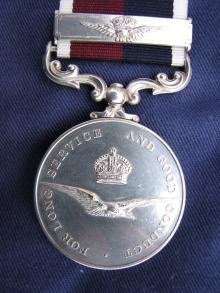 An airman who completed 22 years (later reduced to 18, and subsequently 15) reckonable service from date of attestation or age 17, whichever is later, shall be eligible for consideration and their conduct/discipline record will be checked. Airman currently reaching their 15 year point may qualify despite lowered conduct assessments. Awards are only made after a comprehensive check of an airman's record of service.

As this medal requires the recommendation of the individuals' commanding officer, it can only be awarded to serving personnel.

However, with effect from 1 April 2001, an airman who has not yet completed 8 years qualifying service (i.e was attested or aged 17 after 1 April 1993) will become eligible only after 15 years service with consecutive conduct assessments of exemplary. There are a number of offences/misconduct which would normally preclude award of the LS&GCM.

An airman who, subsequent to award of the Medal, goes on to complete a further 15 years service shall be eligible for award of the Clasp to the LS&GCM provided that the conduct/discipline criteria have been met. 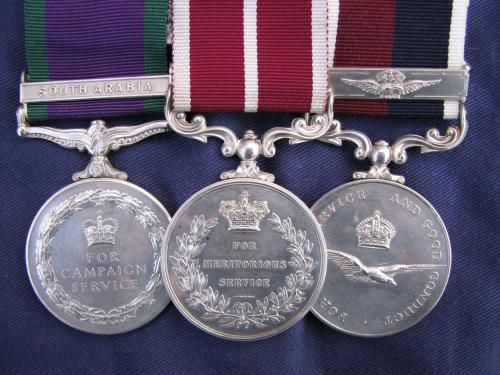