It is not uncommon for personnel to apparently change trades during their career. This could be because of administrative changes, a move to a more specialist area of the parent trade, or just trade name changes.

AC ER Kissack joined the RAF, in trade group 57, as a Wireless Operator (W Op(A)), but on his first posting it was listed a Tel 2(A) which indicated his specialisation in Telegraphy. A Telegraphist is a radio operator who specialises in morse code, and that is without doubt the area he specialised in.

I assume that his role involved listening in on soviet morse communications, and probably those relating to their air force specifically, These were the days of the Cold War and it was not unusual for the air space of the UK to be probed by Russian aircraft, such as the 'Bear' the Tupolv Tu-95. Although communications were well advanced, morse code was still a fairly common method, on high frequencies, to communicate across large distances and would therefore be particularly relevant in the large land mass of the soviet union and ideal for communicating with aircraft once they left the confines of their base. It is also likely that various command elements would use morse code to pass orders and information to the scattered soviet airfields. These, then I assume, were the communications being listened to. I expect that command communications would have been encrypted so presumably these would have to be cracked or decoded later. Whilst I am sure computers became more involved in the decryption, and even in the scanning, monitoring and decoding of morse communications, it seems that a human operator was a valuable resource in that role. I can only assume that their skill enabled various 'fists' to be recognised and as such valuable intelligence background became readily available. Or perhaps they brought other skills that automation had not yet matched? 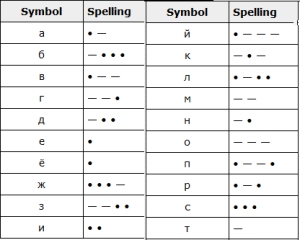 The trade assigned to Roy, varied a bit over the early years, W OpA, TEL 2A, TEL and W OP, but in 1965 became Specialist Operator Telegraphist (Spec Op Tel) reflecting the increasingly refined area of use. In 1971 he became a Radio Operator Telegraphist (ROT). I remember visiting the Sergeants Mess at times, and being amused how there was a (friendly) division between the ROT's and the ROV's (Radio Operator Voice) there.

In 1988 he became a Communications Systems Analyst (CSA) reflecting the increased use of IT and computers in the role.
In 1987, as a Warrant Officer, he passed an Intelligence Officers course to become an RAF Intelligence Officer; his role now less involved listening in to the soviets, but more involved with collating and disseminating the intelligence gathered. And that intelligence was no longer gained from straight forward morse intercepts of aircraft, but by a variety of means and from many areas.

The trade was and is very specialist in its nature and as such there are only certain stations set up to accommodate it. These can be seen in Roy's time-line of service and certainly in my memory as we travelled between RAF Digby, [RAF Gatow] (https://www.kissack.co.uk/kissack/spot/roy/mil/tberg) and back to RAF Digby, it was clear that it was a small world as his friends, followed the same pattern of postings and it was clear they'd been working together for many years.

There was clearly considerable value assigned to these personnel as, when serving in Berlin, they were forbidden to visit the East of the city and had special restrictions placed on them if they were driving back to West Germany rather than flying. Equally it would seem, not unsurprisingly, that much of the intelligence was high grade and needed to be couriered to other agencies. Roy occasionally escorted the information with a driver as they took the information to where is was needed. If what I understand is correct, then Roy and others like him are some of the somewhat less glamorous spies of their age.