I cant remember when I (Allan Kissack) got my first email from Gerry Kissack. But I do know that I had no idea that Gerry was a relative and that despite the wide Atlantic Ocean, we would meet in September 2002. Gerry is a second cousin as we discovered by sharing in our Kissack research. We share the same Great Grandad (Thomas Henry Kissack b1846), and as Gerry planned a trip to the Isle of Man in 2002, it seemed an opportunity to good to be missed....

So as Gerry and family headed north from London, we headed a few miles west to the oddly named 'Muddle Go Nowhere' public house in Grantham, Lincolnshire. Conveniently situated just off the A1 road, it was an ideal stopping off point for lunch - of course it was to be much more than that as trans-Atlantic Kissacks shared, if only briefly the excitement of being family! 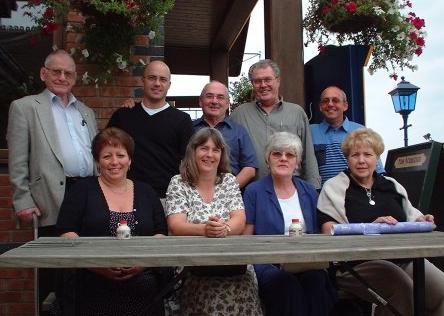 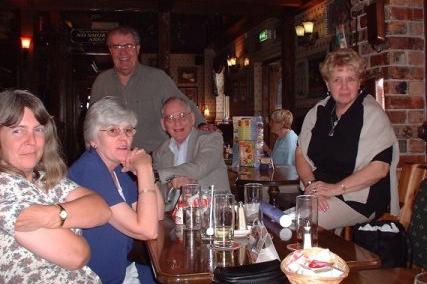 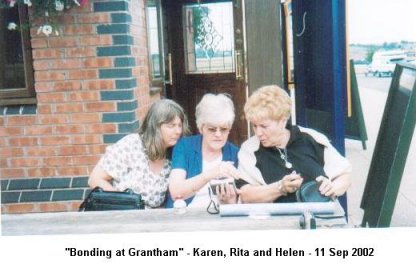 And yes, Gerry, Helen, Blair and Uncle George did make it to the Island. Here is Gerry at Cashtal yn Ard, Maughold - the land of our forefathers! 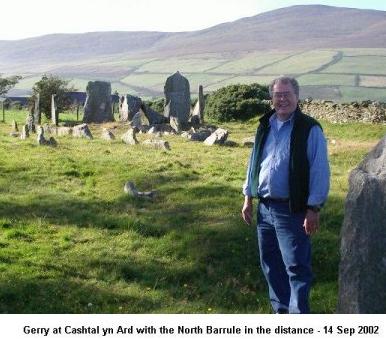