Richard Hindson was born 1897 in Waltham on the Wolds (Leicestershire). His father worked on the railways and the family are listed in the 1901 census:

The railway cottages are a fair walk from the nearest village Waltham (see map). By the next census, 1911 Richard had moved to 54 Grove Street Balderton (click for image). At the age of Richard joins up to serve in France during WWI. Here is a copy of his attestation papers: 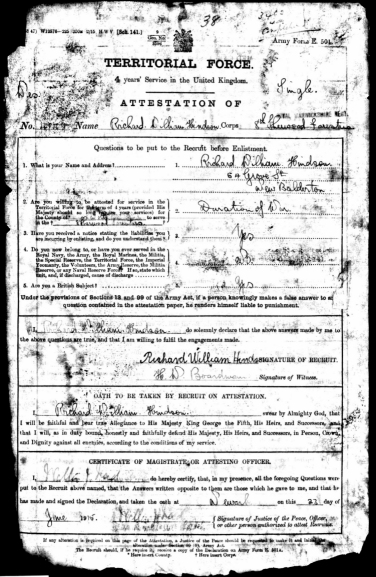 After the war, in 1921 Richard marries Dorothy Revill and they have 9 children between 1922 and 1941. In the 40's the are living in Grove Street still at number 62. In 1967 Richard passed away and was followed by Dorothy in 1993 and are laid to rest in Balderton cemetry. 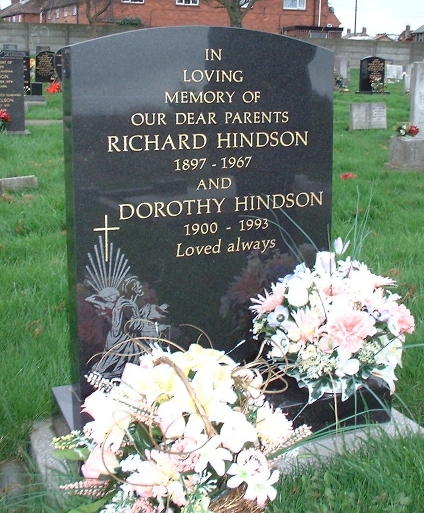