Built in 1910 (Works No. 5382) by Messrs. Beyer, Peacock & Co. Ltd. (of Gorton Foundry, Liverpool Road, Manchester) Manx engine Number 13 "KISSACK" is a 2-4-0 Bissell-truck Tank Locomotive, and runs on a 3ft Narrow Gauge track as laid in the Isle of Man and still in use today. The type of locomotive is sometimes known as the Manx Peacock. 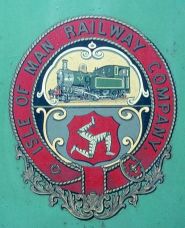 a badge depicting No.13 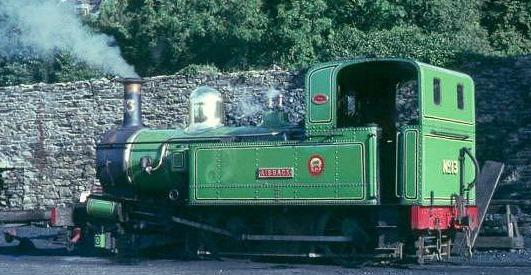 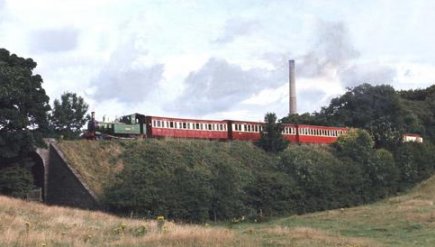 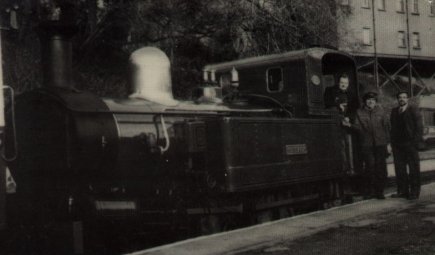 Rex writes in 'The Seed of Isaac': "Thomas Kissack (DmXX), who as one of his nieces put it, was a dentist in Manchester, and did exceedingly well, 'He charged a guinea a visit when other dentists charged 7/6d.', returned to the Island and lived in Eyreton in Quarterbridge Rd. The charisma of old William the Merchant was clearly on him. He laid out his money well, and when he died in 1928, he was worth ?20,000. He won this distinction for the family; as a director of the Isle of Man Railway, he had locomotive No. 13 named after him, and so Kissack is the only Manx surname to be borne by a Manx engine!" 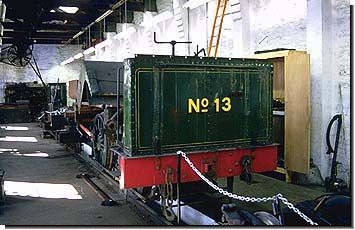 When I saw No. 13 "KISSACK" in August 1993, it was in Douglas Station sheds having had parts removed to service the other engines (probably No.12 "Hutchinson" a sister engine).

However in 2004 "No 13 KISSACK" was reportedly to be coming back into service again. On 19th June 2004 the "re-inauguration of loco No. 13 Kissack" took place with an "evening excursion ... to Port Erin." reports The Isle of Man Guide. And on 22nd July, the Isle of Man Courier reports "After more than a year away from the Island the engine returned ... after receiving a major overhaul and a new boiler at Chatham Steam Service in Kent. Kissack will be back in service ... after adding more small pipes and fittings and, of course, a new coat of the Isle of Man Railways classic 1950's Indian red livery paint. Named after a former Isle of Man Railways director, Edward John Kissack... She was the engine chosen to haul the Royal train from Castletown to Douglas in August 1972."[Ed - (1983 IOMFHS) Rex Kissack names Edward Thomas (rather than John) Kissack to be the inspiration of No. 13] 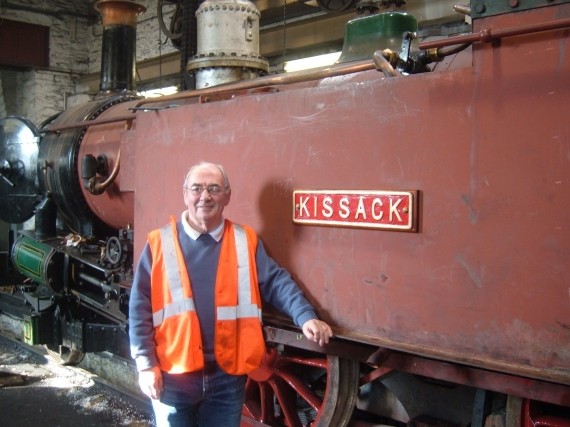 And so it seems. A change from green to red and No.13 KISSACK is back on the rails again.
Here she is in the sheds in 2005 being looked over by my father Roy Kissack. 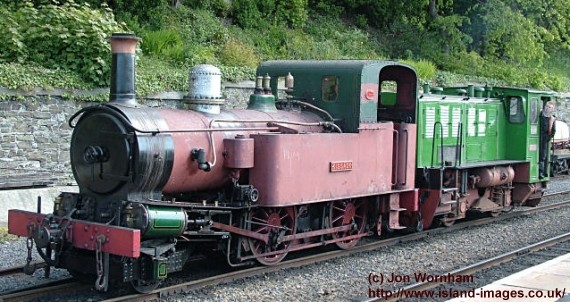 And here being shunted out of the sheds. Both pictures interestingly showing the original green parts and the red undercoated (new/refurbished?) parts - 2005. 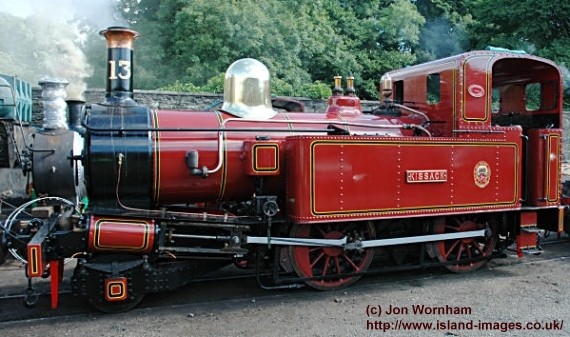 In 2005 the Manx post office released a first day cover celebrating the return of Kissack to service.
Here's a picture of the cover: 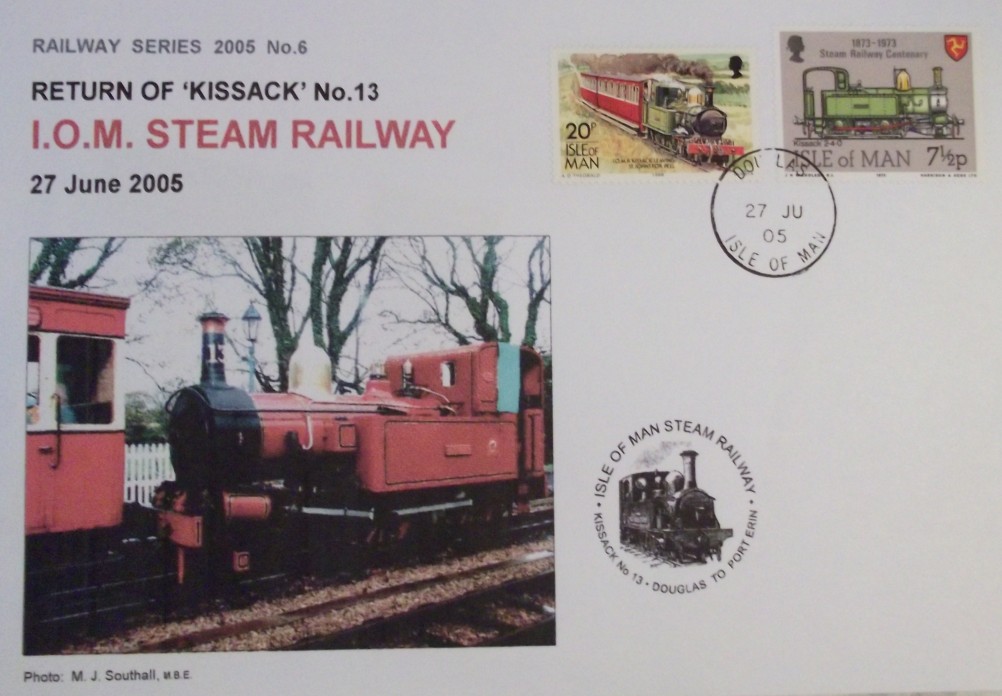 Here are a collection of photos and postcards of 'No.13 Kissack' that I have collected over the years...

This card one of 'Manx Cover Cluv 'Transport Series' No 5 Limited Edition of 500:

and from the same time ... 'The first ever travelling post office on the Island. Pulled by the steam loco 'Kissack' leaves Douglas on Wednesday 10th Feb 1988. The train chartered by the Post Office Authority, travelled to Ballasalla to launch a set of twelve stamps depicting railways and tramways. 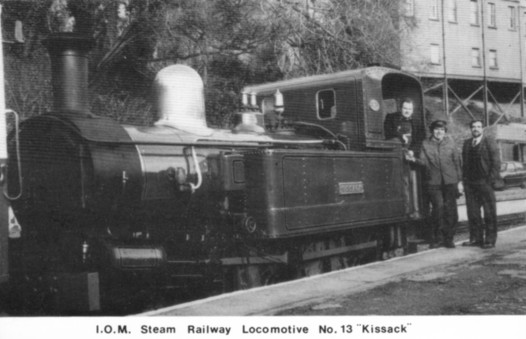 And a miscellaneous post card whose origins are unknown, but whose subject is sure! 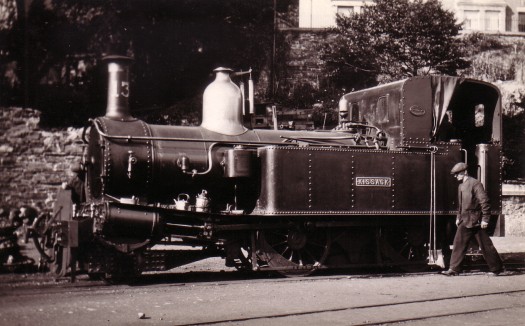 and a photo purchased of ebay,=believed to have been taken at the Quarterbridge Level Crossing (You can see the house alongside the line in the background), heading towards Douglas' 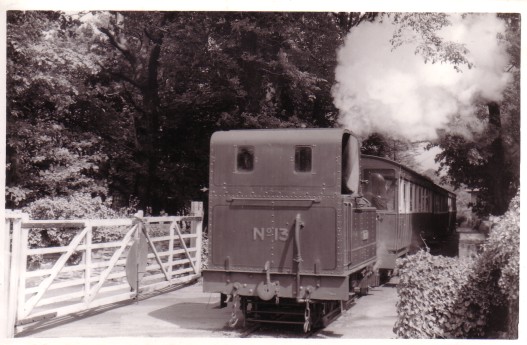 and finaly a slide. Again off ebay with no further details 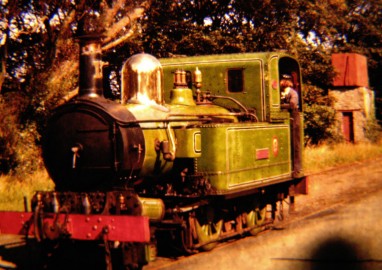